Posted on June 9, 2007 by Phil Speirs
“The earth is as delicate and complex as a spider’s web. If you touch one thread you send shudders running through all the other threads. We are not just touching the web; we are tearing great holes in it,” Max Nicholsen, founder of WWF. Earth – our precious home. The third planet from the sun and the only one known to have liquid water on its surface. A unique atmosphere that nurtures an incredible 1.4 million diverse forms of life and protects us from harmful radiation. Its gifts are abundant – perfect eco-systems, the force of gravity, working food chains, intricate micro-climates, endless forests and vegetation. At a grand age of 4.57 billion years old, earth really is the ultimate Mother, and at the young age of around 200,000 years old human beings are proving to be the ultimate spoiled brats. It’s time to evolve from our reckless adolescence and treat our Mother Earth with the respect and care she deserves!
EARTH MATTERS
Soil is a thin layer of material on the earth’s surface in which plants and trees have their roots. Soil formation takes place over thousands of years. It is made out of weathered rock, decaying plant and animal matter and is influenced by rain, air, chemicals and other organic matter. The composition of soil affects which plants will be able to thrive and therefore which animals will be drawn to the surrounding area. Sand, silt, loam and clay are the basic types of soil and most soil will be made up of all four.
What’s your soil?
COLOUR –Dark soil is high in organic matter, high fertility with a low erosion factor. Light soil is the opposite!
TEMPERATURE – This will determine the rate of plant growth. The ideal temperature is 65f-70f.
ORGANIC CONTENT –add your compost, plant high nitrogen forming crops, allow your soil to regenerate.
PH – 6-6.5 is ideal. Test can be done with litmus paper.
TEXTURE –determines how well air and water can move through the soil and the root penetration possibilities of plants. See www.rain.org for information on testing for soil type.
SOIL EROSION
“One third of all emerged land suffers from desertification.” United Nations Environment Programme (UNEP) 2003.
Soil erosion is a precursor to the desertification of land and has multiple causes, which are accelerating in many parts of the world.
WHAT’S CAUSING IT
Over intensive farming which leaves top soil exposed.
Deforestation
Heavy rain on compacted soil
Creation of gullies which form due to water run off.
Wind erosion of vulnerable soil
Over use of chemicals and pesticides
WHAT WE CAN DO ABOUT IT
WINDBREAKS – Planting trees
COVER CROPS – Protect exposed soil after the harvest with a deep rooted cover crop like alfalfa.
GRASSED WATERWAYS – Plant grass in the natural depressions of land where run-off water flows to, in order to absorb the water back into the earth.
CONTOUR CULTIVATION – Break up the flow of water in a field by creating channels that are at an angle to the slope of the land.
ROTATION CROPS – Allow soil to regenerate itself so it remains a good texture to absorb water.
CONSERVATION TILLAGE – Don’t harvest everything leaving the top soil bare. Leave stalks and a few leaves.
ORGANIC FARMING – Doesn’t pollute the earth or leave once green areas barren.
MOTHER EARTH 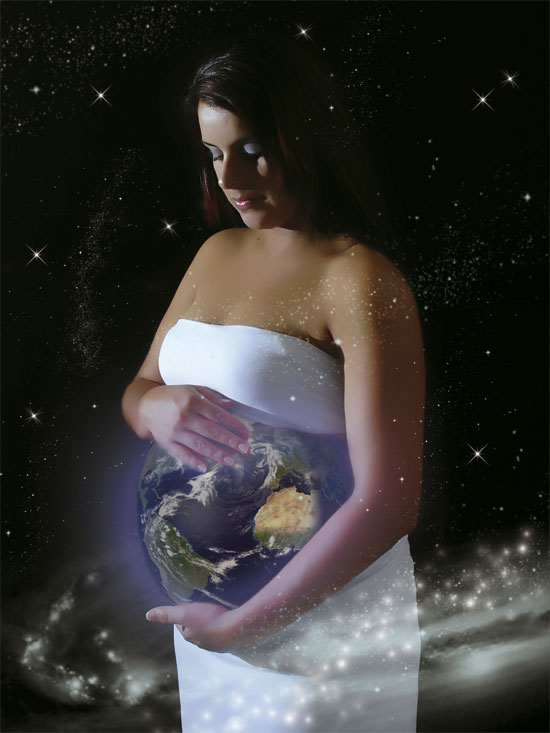 The worship of the Earth Goddess predates all other forms of religion and worship. Although quashed by patriarchal religions, in recent decades there has been a return to this ancient belief acknowledging the need to look after Mother Earth.
THE EARTH GODDESS
Greek – Artemis, Gaia
Chinese – Hutu
Norse – Jord
Aztec – Tonantzin
Sumerian – Inanna
Babylonians – Ishtar
Hindu – Shakti

This entry was posted in Whole Earth and tagged personal development. Bookmark the permalink.