What do you mean – you’re Pagan? 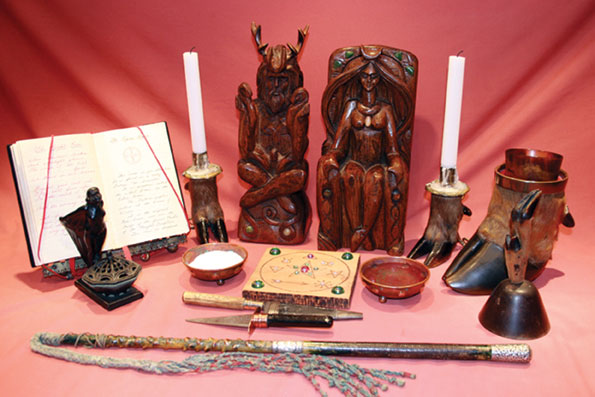 I grew up in a so-called ‘normal’ household and attended a local church on occasional Sundays. I have, however, always been strongly attracted to the energy of the earth and the moon, and feel closely connected to the natural world.

I moved to Andalucía 5 years ago and subsequently discovered, in the pages of La Chispa, a small group of Pagans advertising their meetings and was moved to contact them and attend. Through attending these meetings I now know that my earlier attraction to all things ‘natural’ was my own Pagan nature, and that Pagans come from many different walks of life and with many different beliefs, including Druids and Shamans. In fact, the word Pagan is described, according to the Oxford English Dictionary, as ‘a person holding religious beliefs other than those of the main world religions’.

The most commonly known and, perhaps, fastest growing group of Pagans are Wiccans – or Witches. The common theme they all follow is the turning of the year, celebrating life and death as depicted in the cycles of the four seasons. Witchcraft has had very bad press in the past and many people are wary of the subject, but it has a long history of healing and helping. The best person to inform you on the history and practice of Witchcraft is a member of the Costa del Sol Pagan group, John Belham-Payne. John has been a Wiccan High Priest for many years, with a wealth of stories and fascinating experiences. He is currently custodian of a unique collection of historical Wiccan artefacts that belonged to the famous author and witch, Doreen Valiente. John and his wife, Julie, are currently raising funds to set up a museum and study centre in the UK to house the collection.

John also acts as guide and mentor to the Pagan group which meets once a month here on the Costa del Sol. As a group we are learning about Pagan history and rituals and are in the process of forming a local branch of the International Pagan Federation. A recent workshop entitled ‘The Wheel of the Year – The Wheel of Life’ held near Estepona sold out quickly and was a resounding success. Further events are being planned for later this year.

This entry was posted in Open Mind and tagged spirituality. Bookmark the permalink.