Naturopathy: the power of simplicity II 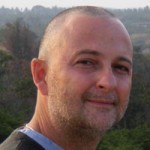 As I explained in my last article, Indian naturopathy is a medical practice that has been used in the East for hundreds of years to prevent and alleviate many symptoms of chronic and acute diseases.

Its fundamental premise is that we are exposed to multiple toxins from our environment, what we ingest, both food and medicine, as well as emotional and other factors that lead a person to reach high levels of toxicity.

This toxicity has various effects. One of them is low levels of nutrition. This is because the body reacts to these toxins as a ‘poison’ and tries to avoid ingesting them as much as possible, so it automatically reduces the levels of absorption. This creates a spiral effect because, by reducing the absorption, the body also absorbs less of the beneficial substances such as nutrients. There will be less energy available for basic life processes, such as thinking, emotions and healing mechanisms or to maintain balance in the bodily functions.

The appearance of acute symptoms is another effect of high levels of toxicity. Areas that become sick don’t have the necessary resources to maintain or return the body to a healthy balance and this tends to manifest in the form of symptoms, which is the body’s way of telling us of deficiencies in its functioning.

High levels of toxicity can also be seen with the appearance of new symptoms. Unfortunately, the accumulation of toxins not only worsens existing conditions but is the foundation for the development of new ones, such as obesity. The systems that eliminate waste from the body are also affected and they begin to accumulate toxins in the body fat. All sorts of other symptoms can also appear that are associated with stress such as hair loss, dull skin, pale appearance, insomnia, nervousness, anxiety, asthma, gastrointestinal problems and more.

In future articles we will look at how we use different therapies to address these problems and review the main treatments used in Vitania Spa, as well as looking at other effective and affordable therapies that are used in naturopathy, including massages, wraps and yoga. Techniques and disciplines that are done in a responsible way can do much to restore the body to its natural state of balance.