Quality of Life: Inflammation – the body’s cry for help 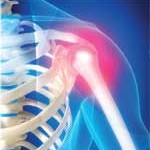 This edition our health detectives get all flared up about inflammation and what it can tell us about our health.

Inflammation is one of the body’s defense mechanisms and is recognized by swelling, redness, fever, throbbing, irritation and a hot feeling. When the mucus in the bladder, stomach, and intestine are affected, it is called catarrh, while other kinds of inflammation affecting the joints are known as rheumatism. When we get bitten by a mosquito, the skin swells because the body sends blood and lymph to the area to eliminate the poison. Often we consider the inflammation itself to be the problem, but we can turn that around and look at it as a healthy reaction. When we drink too much coffee or alcohol or eat spicy food the stomach reacts by producing a protective layer of mucus, and the same thing happens when we expose ourselves to smoke, polluted air, chemicals, sugar, trans-fatty acids and stress. Maybe we should consider the inflammatory reaction as a cry for help instead of trying to get rid of it by taking a pill. Instead of fighting the body’s reactions, maybe it would be a better idea to help the body to protect itself, dealing with the cause and not just treating the symptoms.

One patient in his 70s had severe inflammation in his bladder. The catarrh was so thick that the urinary tract was constricted, so urinating was slow and painful, but constant. Antiobiotics didn’t help, doctors had tried to scrape the inflammation off the walls of the bladder, and he had even had chemo-like infusions in the bladder to bring down the inflammation. Our client felt that his body was too acidic, and measuring the pH in his urine with a test strip proved him right. If we look at this through our ‘acid-alkaline-balance’ glasses then the inflammation and catarrh is simply the body’s reaction to the excess acid. Dr. Young describes this in his New Biology, and shows how acidity reveals itself in seven stages:
1) Loss of energy
2) Sensitivity and irritation – as in IBS
3) Mucus and congestion
4) Inflammation / catarrh
5) Hardening of soft tissue – including lupus, Lyme disease, fibromyalgia, hardening of the arteries and plaque
6) Ulceration
7) Degeneration – cancer, heart disease, stroke, AIDS, ALS, MS, diabetes

In the early stages of the imbalance, symptoms may not be very intense and can easily disappear, but as acidity continues, more serious situations arise. Weakened organs and systems start to give way, oxygen levels decrease and cellular metabolism will stop. In other words, cells die and so we die.

This is a different approach to the one we learn at medical school, so it pays look at things through different glasses sometimes. As a medical doctor, we take the oath: “Primum non nocere” – “First, do no harm”, as expressed by Hippocrates, the father of medicine. That is exactly the focus of preventive medicine. With our patient we examined his blood, urine and did a live blood analysis, which all showed excess acidity. We gave him alkalising minerals and drops, and over a couple of months his urinary pH became more alkaline, and he felt much better. The blood test showed severe lack of vitamin D, which is essential for the immune system to work properly. To help the inflammation he got strong antioxidants like selenium, zinc, iron and vitamin C. He loved vegetables so he and his wife happily made green smoothies, soups, juices and enjoyed lots of good fish and plant oils, like olive and flax. The oils help as a buffer against acidity. He loved sweet Spanish fruits, so it was a challenge to find something more alkaline for him, but with berry and green smoothies, homemade almond milk with berries, cinnamon and vanilla his sweet tooth was taken care of. We used acupuncture to help the bladder relax on a deeper level, and after the first treatment he could lie down for more than an hour without needing to urinate, something he hadn’t had for a long time. Reflexology also helped him to cleanse and relax, and now he is improving steadily, working on his health with discipline and systematically recording his condition.

His own statement speaks for itself:
“I had been treated for nearly six years by Urologists and undergone three operations and was still getting worse….I kept saying that I felt like I had some sort of acidity or inflammation….when I asked the urologist if it was possible to find out the reason for the inflamation, I was told that it was more complicated than I could imagine and when I mentioned to my GP whether it could be due to Candida I was told that it was all in my head. The digestive system specialist told me that it was just IBS and that I should eat plenty of fibre, but my common sense told me it had to be related to my food as certain things I ate made me feel worse than others, and so I started to look for somebody that could help me… one day my dear wife was reading La Chispa and saw an article about acidity by Dr. Pernille and this is when I saw the light at the end of the tunnel. After just 6 months I have started to improve. At the age of 76 without having had the knowledge that I am acquiring now I can not expect to go back to normal overnight, but I feel much better and both my blood and urine analysis show a great improvement.” Mr. Apis

This entry was posted in Healthy Living and tagged complementary medicine, healthy living, quality of life. Bookmark the permalink.