7 step action plan for a healthier Life: Step 1a – Salt 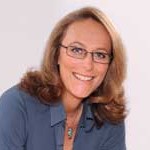 In step 1 of our 7 Step Action Plan for a Healthier Life we looked at hydration in some detail. As an extra addition to this step our health detectives look at the essential role of salt, that goes together with water as one of the absolutely basics in health.

Salt is the ‘ion’ of life in which all energy is transported. Without salt there is no life. No water, no salt, no life – it is that simple. On the other hand, we hear that we eat way too much salt, that it is dangerous, causes cardiovascular diseases, and is one of the leading causes of death worldwide. Too much salt is related to high blood pressure and increased risk of stroke and heart failure. This information is also correct – too much salt can be dangerous, but there has to be a balance in everything.

Let’s explore some of the basics about salt. To keep our bodies running we need energy – not just any energy but ‘sustainable energy’, and that means salt, which the body’s matrix system needs for transporting energy throughout the entire human organism. A deficiency of salt is equal to a deficiency of energy. Every cell in our body is like a battery. By pumping potassium into the cells and sodium out of the cells an electrical gradient is created, like in a battery. This in and out flow of ions, this electrical potential, is responsible for the communication between cells. If this pump does not work, the ions would even out and the cells would take on water, burst and die. The right amount of salts is crucial for life.

It is no coincidence that our body fluids are salted with sodium or that the ocean is salted with sodium rather than some other element, as we now understand that sodium (salt) is one of the foundations of life. Our bodies contain almost 450gms of salt and each day we need to replenish what we use to maintain our normal health and vigour. Salt plays a big part in helping the body to digest food and turn it into living tissue, as well as helping to transmit nerve impulses that contract the muscles. But we don’t need any old salt – it has to be a salt that is whole and unprocessed, free from added iodine, whitening or caking agents.

There are several places around the world that produce the best salt. They include France, Utah (where the Great Salt Lake salt beds mix the combination of the snowmelt run off from the Rocky Mountains and the salty waters of the Great Salt Lake) and in the Himalayas. These salts contain many other minerals besides sodium and chloride such as magnesium, potassium and calcium, chromium, manganese, some have up to 84 different minerals, creating and supporting balance in the salts and minerals of our body.

A 70kg person can eat 5 – 8g of salt a day, but ONLY when we get sufficient water at the same time. Eating a lot of salt and taking in too little water can be a serious problem and vice versa. Modern pre-prepared and processed food contains loads of salt to make it taste good and as a preservative, so by eating a lot of processed food, adding table salt on top and being dehydrated we create a dangerous cocktail. Advice to cut down on salt is very sensible in this situation. So we can see that it is important to have plenty of water, eat healthy whole salt, and avoid processed and pre-prepared food as much as we can in order to live a healthier life.

A small experiment to try when you are low in energy or you have a sugar craving is to eat a little salt instead. These cravings are not the need for sugar, they are the need for energy. Having a sugar fix is just like peeing in your trousers on a cold winter day – first it is nice and warm – then it gets whet and very uncomfortable. A high sugar peak gets the insulin going and the extra sugar is guided into our cells, but the energy is like a yo – yo. Try the salt and see if the sugar cravings go away leaving renewed energy and sustainable energy. This also counts in sport when you want to give it an extra spark – take some salt. It is often better than those synthetic, additive filled, sugary energy drinks.

Back in history salt was more precious to men than gold.
Ancient manuscripts tell us that more than 5000 years ago the Chinese obtained salt by boiling and evaporating the ash from seaweed. Later, people along the Mediterranean and Red Seas discovered that when the sun evaporated seawater, salt was left behind. This was the start of salt manufacturing and the same method of solar evaporation is used today in the production of many salts around the world.
Roman legionnaires received part of their pay in salt, their “salarium.” From this came the modern word “salary.” To this day a good man is “worth his salt” and we take others’ dramatic remarks “with a pinch of salt.”
Many of salt’s applications, including salting of fish and meat to preserve it, have remained almost unchanged down through the millennia. Enshrined in many cultures around the world and a vital part of global economies, salt is as essential to life as the air we breathe and the water we drink.

This entry was posted in Healthy Living and tagged healthy living, natural health, nutrition, quality of life. Bookmark the permalink.