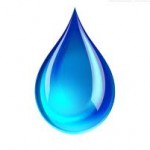 Local Finance Law Regulating
Water service is included in the RATES, and therefore can not be profitable, nor can the money raised be used for other purposes. Customers shoul dbe charged the actual cost

In principle the water service can not run a deficit.

In Coin, alocal council report communicates a deficit, and with the adjustment plan of 30 March, among other measures, it was decided that there would be a 30% increase in 2013, representing an addition of 255,210€.

LOCAL LAW
Real reasons:
– Municipal Deficit
– EU = RESCUE = Privatise Utilities
– A consultant with no experience of water management will be appointed at a cost of 18,000€. Is there no technician in the town hall who can do this?

PLATFORM IN DEFENSE OF PUBLIC WATER
The Platform is a collection of locals with all kinds of backgrounds, politics and ideoligies who are united against nonsense and are working to bring this action to a halt.
The platform, via the Environment Councillor requests a meeting to discuss water management with the government team. No answer.
Given the situation, the platform decide to inform the townspeople, collecti signatures and go to the media.
In one week, we collected more than 2,500 signatures
During the Mayor’s press conference they accused the Platform of mal practice and of not fighting for the really important issues like the quarry and roads). We have been but they have not been there to listen. Since 2001 coín has lacked sewage treatment. The PP previously had responsibility for government. What have they done since then?

Public or private management
Situation in Spain and other countries:
-It is a public service in more than 90% of the 400 largest cities in the world.
– In rural areas the percentage is even greater.
– In the U.S. 85% is public
– In Japan, 100% is public
– In Paris, in 2010, after 25 years service was recovered in the hands of Suez and Veolia and now the price of water is lower.
– Holland, in 2004 passed a law expressly prohibits the private sector supply of water.
– The Constitutional Court stated that “any future legislation to try to privatize public services, would be uncostitutional”.
– In Mijas and Alhaurin, they have had excessive price rises since privatization.
-Coin water was privatized and was recovered to the public in 1991

Why not private governance?

In March 1977, in Mar del Plata, a UN world conference on water said: “All people, whatever their level of development and economic and social conditions, are entitled to access to drinking water in quantities and quality according to their basic needs ”

And in the Dublin conference of 92 states that “it is vital to recognize first the basic right of every human being to have access to clean water and sanitation at an affordable price.”

It is a basic resource of the population and can not be subject to interest and private benefits.
It is false that privatization is more effective. Comparative study PSIRU-University of Greenwich, 2008 in several countries, concluded that there are no major differences in efficacy.
A British study, the country with the largest privatization, found that after 11 years of privatization, private management was of lower quality with respect to the public sector.
VEOLIA, authorized an uncontrolled drain on the river Seine in Brussels to lobby local authorities to raise the price of water.
When it is a private concession, investing in network improvement is minimal
A 2009 French report makes it clear that 88% of the investment is public and the remaining 12% is private. They just raise rates to generate profits.
Profit is the main motive of private enterprise.
A French study in 2004 concluded that private operators were 16% more expensive than public. In the UK, is 40%.
In Australia, in the city of Adelaide, the private operator had to return $ 14 million unduly paid. In Chile, a Canadian investment fund had to return 2 mill. Dollars.
Privatization means higher costs. Tender, monitoring and troubleshooting.
In private management no public knowledge of the accounts. In Berlin in 1999, was privatized 49%., Including a document was not made public, which guaranteed substantial earnings, and in 2011, before the price gouging by more than a third above inflation, neighbors forced to make public the contract. Finally a German court forced to reduce rates by 19%.
There is no control for the duration of the contract on water management.
Privatization does not allow social exceptions in rates: There may be more disadvantaged social groups, retirees, etc.. have deductions or rebates on their rates.

Proposals of the Platform:
Prioritize management actions that do not cost money or take added expenses.
Separate water accounting.
That municipal technicians inform us of the real situation of the water network and supply. (Billions of liters are lost? Is there already a Consultant report?)
That there is a technical report, including proposals.
That this will open a public consensus debate, including the political and social forces to inform everyone:
* the actual water Situation in Coin.
* Campaign outreach to neighbors the proper and sustainable basic resource and important as water.
* Proposals and sustainable solutions for the future.

It is a unique opportunity to undertake a project together, that would begin to overcome the dire political divisions that are doing so much damage. It would be a transition to a shared way of living and political action.

This entry was posted in Whole Earth and tagged environment. Bookmark the permalink.