Gabinete Anais – Looking into the future 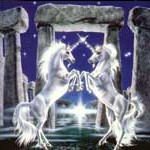 Workshops, readings, therapies, massage, bringing together professionals from all kinds of disciplines Gabinete Anais is a shop, healing room, centre for scientific studies and a place for the owner to practice her craft. From a young age Anais felt the call of the spirit path, having watched her grandmother heal people by laying on of hands and learning how the skills were passed on from her great-grandmother, a practicing clairvoyant. From her mother she received knowledge about natural remedies and oraciones while her father’s side also had its share of paranormal experiences.

Anais and her husband started the Gabinete Astrológico de Anais (Anais’ astrology centre) and eventually after a lot of hard work and dedication a shop in San Pedro called ‘Estrella Magica’ (Magic Star). From here they sell esoteric products and offer readings in Tarot and many other forms of fortune telling. “Back in the days of my mother and grand mother these arts were considered quite occult,” Anais explains. “The esoteric world was seen with mistrust and superstition. Now things have changed, thankfully, and I hope to bring a different perspective, reaching the hearts of the people who connect with the spirit world.” Anais’ sees her work as being a tool for good in the world and, with a humble attitude, wants to help people find out what they need. “Two phrases have helped me on my path and motivated me and they are ‘we are what we think’ and ‘Where there’s a will, there’s a way’.”

This entry was posted in Open Mind. Bookmark the permalink.