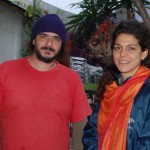 Developing sustainable solutions in your community means different things to different people depending on where they live. Rural environments can be ideal for food autonomy but provide challenges for sustainable transport solutions. Urban environments, on the other hand, make bike and pedestrian transport viable but are short on space for developing food independence. In Cuba, for example they have developed the idea of organic urban farming to a significant degree, and provide much of the city population with food grown within the city limits. This was due to the stark realities they were faced with after the Soviet Union collapsed and they lost much of their access to cheap oil, pesticides and agricultural support. The result has been a steep learning curve in peak oil survival and a lot of planting of parking lots to create edible gardens. While the rest of the world haven’t had the peak oil experience yet, there are a growing number of people who are looking at developing better local food security and we caught up with one group in Málaga who are doing just that.

La Casa Comestible aims to develop suitable land around the city for growing food, and after just a few months has two plots up and running already. Every Tuesday afternoon members meet up at La Casa Invisible, the social centre in the heart of Málaga, where the project was launched and which is acting as a meeting point, seed bank and nursery. “Our idea is to develop this as a working model for urban farming,” explains Victor, who has been involved since the beginning. “Much like the Casa Invisible, everything is done as a cooperative, so that people pool time and resources. Casa Invisible acts as a hub for the project where people can come every week and discuss different aspects of the project, work on the plant nursery we have here and provide information to new members.”

The project is not just an experiment in urban gardening, but aims to provide enough for families to live on, and looks to work with associations and schools to create some level of food independence within the city. Each member of the scheme is expected to dedicate some time each week to working on the land and in exchange they can have a share of the produce. Eventually they hope to have enough produce that they can run a small cooperative shop for members to exchange surplus produce at la Casa Invisible. With over 30 members already, there are plenty of people willing to get involved but they are always looking for new members to help find available plots and to help work on them. One of the first ‘urban huertos’ has been established at a rehabilitation centre in La Palmilla, providing the chance for the people there to work on a useful and productive project. The second is next to a local school, and the team hope to encourage the students to get involved and see the benefits of cultivating their own produce, as well as developing an awareness of sustainability and environmental issues.

This entry was posted in Whole Earth. Bookmark the permalink.