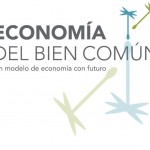 As many predicted, Rio +20 did not mark a great leap forward towards an ambitious political, economic and environmental agenda that addresses the magnitude of the challenges the planet faces. In the end though, the success or failure of Rio +20 will be measured by our own ability, as actors and spectators, to demand, push, engage and anticipate the challenges ahead to gradually create a society that is more inclusive, prosperous and fair.

A manifesto for a ‘green’ economy 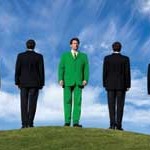 Twenty five local businesses, following the initiative of EQQUO Málaga, Spain’s new green party, have launched a manifesto for a more socially responsible and environmentally friendly economy. The manifesto was launched in November at the Fair Trade shop (tienda Comercio Justo) in the old town of Málaga city. Angel Rodriguez, one of the party’s leading candidates, presented the initiative as a call to all of Málaga – businesses, associations, parties and unions – as a way to overcome the current social-environmental crisis and drive forward … Continue reading

Posted in Whole Earth | Tagged eco living, environment, green finance | Comments Off on A manifesto for a ‘green’ economy

“Trees are a part of the solution to fighting climate change.” Al Gore
Investing in trees is a reliable alternative in times of crisis…

Two new initiatives were launched recently in Coín, both with a distinctly different flavour, but both adding to Coín’s alternative credentials…

The web site vivirsinempleo has released a google map of all the time banks in Spain with contact details;

Crisis or Opportunity – How these times can be a great gift

Right now, there is much talk about crisis. However, crisis is not the real problem. The real problem is fear of change, particularly when it is forced upon us. However, we do not need to feel fearful, when we are resourceful and resilient we know how to use change as an opportunity, perhaps a great gift that can shake us out of our complacency.

In a time of changes, commit yourself to your own change

We are in a time of changes. Nothing is as it was before. The economic recession has made us reconsider our ideas about the economy, our aims in this world, in short, life itself. In this new era, to find ourselves has become the most important goal, as it is to commit ourselves

to what we do, whatever that is, because it will be the right thing to do.

Living better with less in 2009